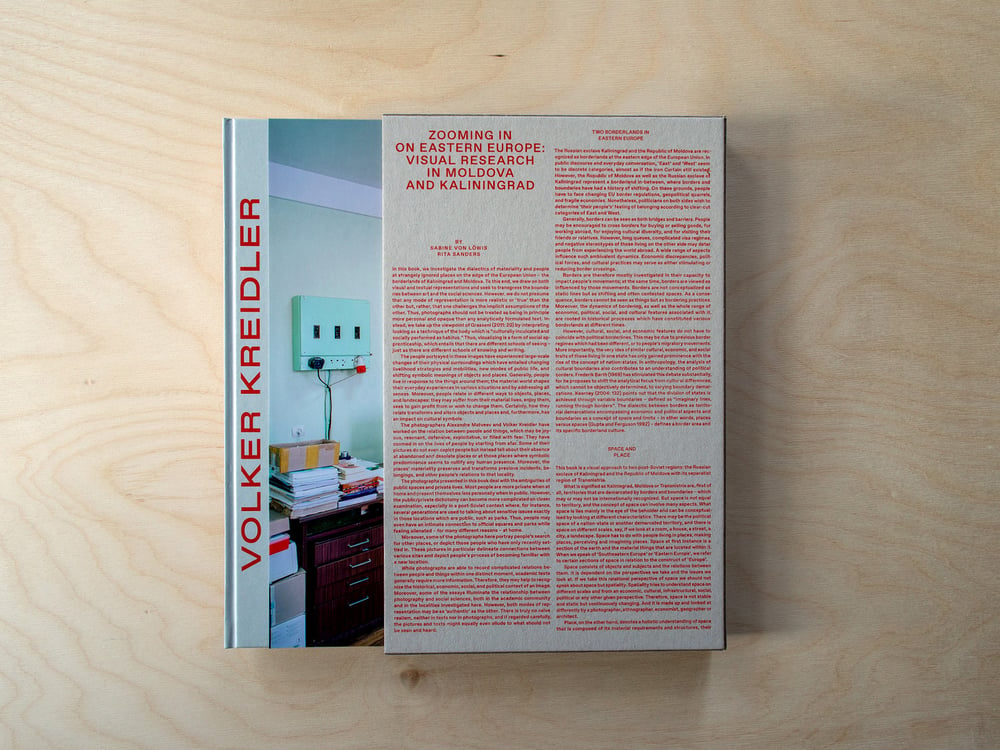 Zooming in on Eastern Europe: Visual Research in Moldova and Kaliningrad

The Republic of Moldova and the Russian EU exclave Kaliningrad mark both a rift between West and East and a blurring of borders and affiliations. The people of both regions are in search of identities and their historical anchoring - a search that also manifests itself in the design and experience of landscapes and spaces. Our book is about exploring the complexity of the regions - also as a reflection of a fragile Europe.
The visual research on the Republic of Moldova follows the approach of a taxonomy. In doing so, the country is broken down into its components by systematising and contrasting individual measuring stations. The overarching structure of the project is reflected in the change of viewing distance from the far to the near, from topography/space via supra/infrastructure to people and their everyday situations.
The project section on Kaliningrad reports on the city's role as a Soviet trophy and political outpost. At the same time, it tells of the city as a bridge to (Western) Europe and of the love for the ruins of Königsberg. People were shown in places where they felt at home and which fascinated them. The documentary view of these places, however, also reveals a partly futile search for home and the longing for other places.